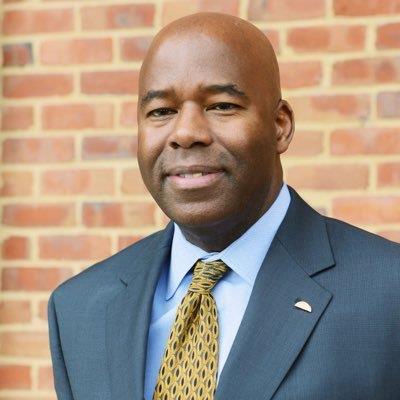 Dr. Jones comes with a wealth of experience as an educator, building leader, central office administrator, and superintendent. He previously served as Superintendent of Danville City Schools. In this role, he focused on dedicating central office resources to build the capacity of teachers and leaders in buildings through collaborative observations, and to expand access for all students to the division’s strongest programs. Prior to Danville, he served as Superintendent of King and Queen County Schools.

Before becoming a superintendent, Dr. Jones served in cabinet-level positions in two other divisions; first as Director of School Safety and Discipline Hearing Officer for Hanover County Public Schools, then as Executive Director of Instruction in Spotsylvania County Public Schools. In Hanover, where he also served as a high school principal for seven years before moving to Central Office, he led district-wide initiatives for school safety and crisis response while moving toward more equitable discipline policies for students. In Spotsylvania, he supported the development of professional learning communities, creating and implementing a Response to Intervention (RTI) model for all schools, and directly oversaw the division’s Commonwealth Governor's School.

Dr. Jones received his Bachelor of Science in Biology and Secondary Education, as well as his Master of Science in Guidance and Counseling from Radford University, his Administrative licensure preparation from the College of William and Mary, and his Doctorate of Education in Educational Administration and Leadership from Virginia Tech. Dr. Jones and Dr. Regenia Hill are proud parents of one daughter who is currently enrolled in Howard Law School. He is the third of four children of the late Herbert C., Sr., and Maggie Jones.